Which are the best cities for software developers? 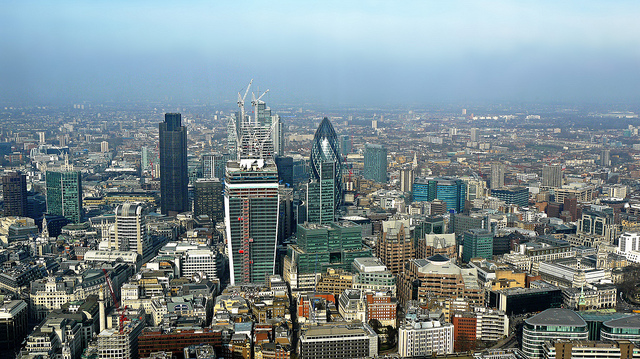 Image Credit
I recently came across a question on Reddit from a young programmer who wanted to know which city in the US would give him the opportunity to develop himself professionally and personally. It's a great question and it's followed by some equally good answers.

The city where we want to live and work has always demanded deep pondering; it certainly did for me when I took up my first job. I feel we have moved beyond the age where finding a well paying job was all that mattered to a young person. Now we look for meaning in work and in life. We want growth for our partner, family, and ourselves. All of us ultimately want to lead a fulfilling life and the city we stay in plays a huge role in how happy and fulfilled we become.

Selecting the right city for work is not an easy task. Those who have families would like to live in a family friendly city. While people who enjoy specific hobbies and interests would like to live in a city where they can meet like minded people and pursue their interests. Some people would prefer to live in the country on a five acre estate while others tilt towards urban settings. Then there is the salary to cost of living ratio, and other considerations like climate, health care, and size of the city.
Ultimately the city where you choose to stay and work will depend on your own preferences and current life situation. However, if possible you must make it a conscious choice, because it will influence much of the joy and satisfaction you experience in life. I cannot offer specific suggestions since everyone's criteria for selection is different. However, I have curated resources that will help you make a better choice. Most of these resources deal with US cities, but a few of them deal with international cities as well.
Careers@Stackoverflow cities page
I'll take you to StackOverflow first, since software developers often begin and end their days there. They have a good page which  features the top tech hubs of the world. Each tech hub is described in terms of the number of startups, major tech companies, and community, followed by basic salary stats as well as jobs available in the Stack Overflow network. It's a great place to start with if you want to work in a major tech hub.
Cities for women in tech
This is a very useful list by smartasset.com which features fifteen US cities along with data describing the percentage of jobs held by women and the pay gap based on gender. They also provide an overall index for each city based on tech jobs filled by women, income after housing, three year employment growth and gender pay gap. Here's a similar list by Nerdwallet describing the best five large, mid-sized, and small cities for women. If you are a woman looking to work in a startup or planning one yourself, this list shows the top twenty places by percentage of female founders and employees.
Top X lists
Here's nerdwallet's 2015 list of best tech cities in the US. The list is based on number of tech jobs per 1000 jobs, average tech salary, and median rent. Nerdwallet's list has also been cited by other sites such as lifehacker. This is Business Insider's list classified by developer type: Android, iOS, Agile, etc. Here's a list by Bloomberg where they mention the biggest tech sector for each city, along with other expected statistics. Finally here's a list by FastCompany. I like Fast Company because they are always looking to the future and their list is likely to contain cities which not only hold great promise for the present, but are likely to prosper even more in the future.
I hope you find this data useful in selecting the city where you take the next job.